I arrived on an assignment in Westminster a few days before Boris Johnson announced to prorogue Parliament which brought out demonstrators in London.

I had left my camera at home and had to pay £144 for it to be couriered overnight.  Instead of packing my charger, my dad put my external DVD player in the box and my battery was flat.

I paid the porter to take my battery to a camera shop in Victoria for them to charge for an hour before my break.  Then had two hours to photograph a demonstration before rushing back to my job with The Baroness, an ex peer from the House of Lords. 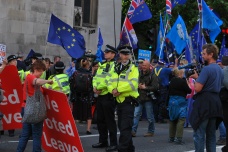 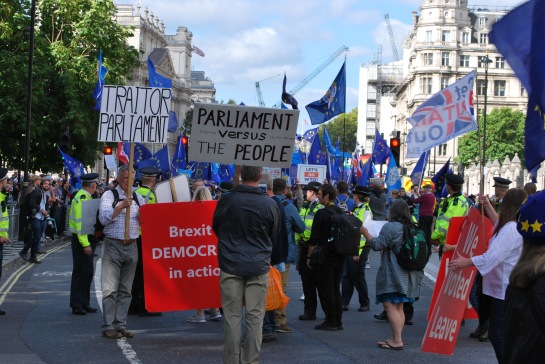 The UK vote to leave the EU

Theresa May and the EU agree with a deal

The MP’s reject the deal

So there is no deal

The date to leave extends

To make a deal

When there is no deal

And now they want